In the middle of the sea

The idea of island-hopping through Indonesia inevitably involves taking ferries to get from one island to the next. The longest crossing is the first one, from West Timor to Flores. The ferries I took in Europe and New Zealand are all very organised, pre-booked, on time, clean etc etc. None of that applies to their Indonesian counterparts. However, this first crossing will be one to remember, in a very positive way. 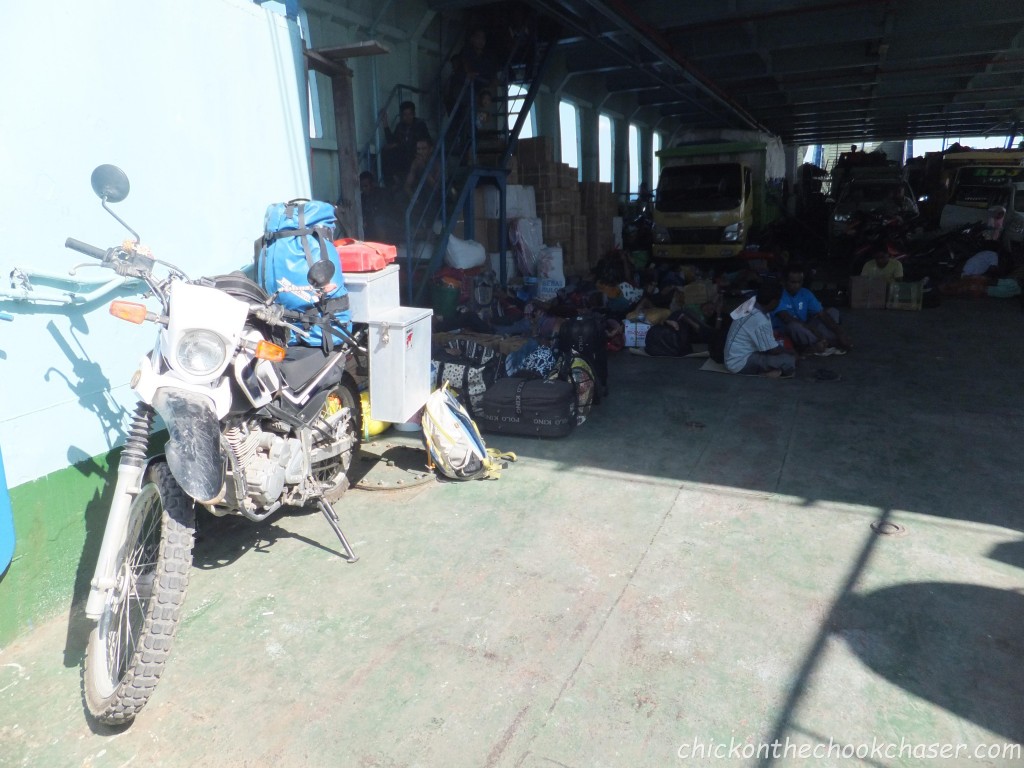 Being warned about the “flexible” departure times and lack of food availability I arrived at the harbour 4 hours before departure and loaded up with groceries. I was directed to the ticket office, got my ticket and made my way to the boat. Just before entering there is a gate with some guards to check your ticket. This procedure took about 10 minutes, not because it’s complicated or anything… it just took them a while to find someone who spoke sufficient English to ask me what I’m doing, where I’m going, whether I really am travelling on my own, and of course take the necessary pictures.Once on the boat I got directed to a rock star carpark, right at the front of the boat and the bike was secured by pushing it against the wall and then pushing down the side stand. That wasn’t going to go anywhere, rough seas or not. 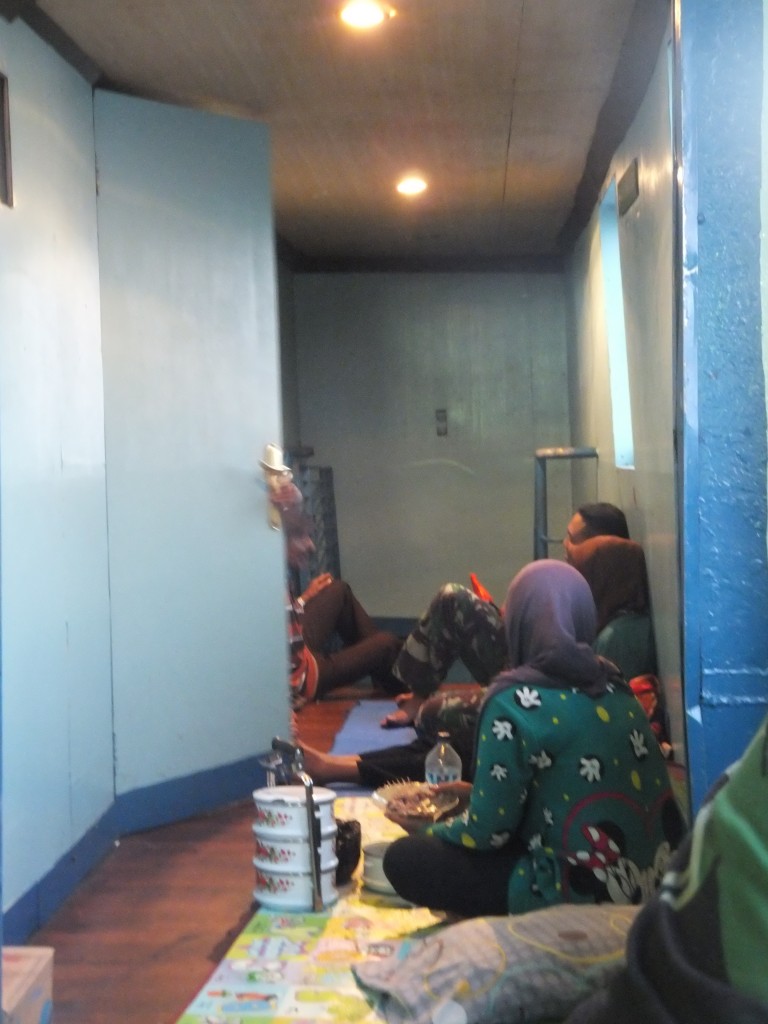 A few curious boat personnel and fruit vendors gathered around me and the Chook Chaser, the usual questions asked and answered half in English half in Indonesian. Out of the corner of my eye I see a guy in military uniform, complete with gun, approaching me. He starts a conversation in almost perfect English and after a while announces his superior would like to meet me. So I’m escorted over to a group of men in uniforms, shake a lot of hands and explain what I’m doing and where I’m going. I’m still a bit put off by the guns, leisurely hanging over their shoulders, but they seem nice enough. It is decided that I should sit with them during the boat trip. They offer me juice and I share the peanuts I brought with them. Nice guys. Also, whenever I had to go to the toilet my bag enjoyed full military protection! 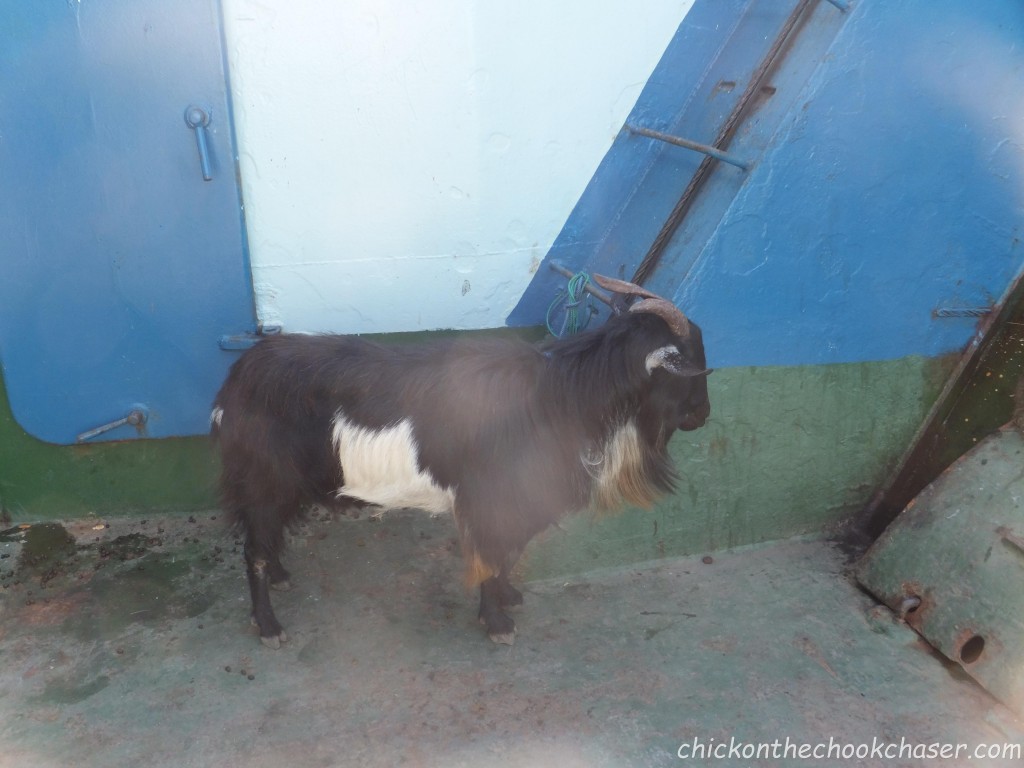 Around me people are sleeping on the metal chairs, the floors and in the hallways. The guy next to me wakes up to his Venga Boys, Going to Ibiza ringtone, while a family sitting on their mats in the hallway is having lunch from a stack of whit pots with orange flowers on them. The smell of instant noodles, chicken flavour, is penetrating my nostrils as the tv in front shows American wrestling. When I go to the toilet at the back of the boat I see that that part of the lower deck is occupied by at least 30 cows and later on I see that a goat is tied up next to my bike. Once again reality is crazier then imagination could ever picture it. 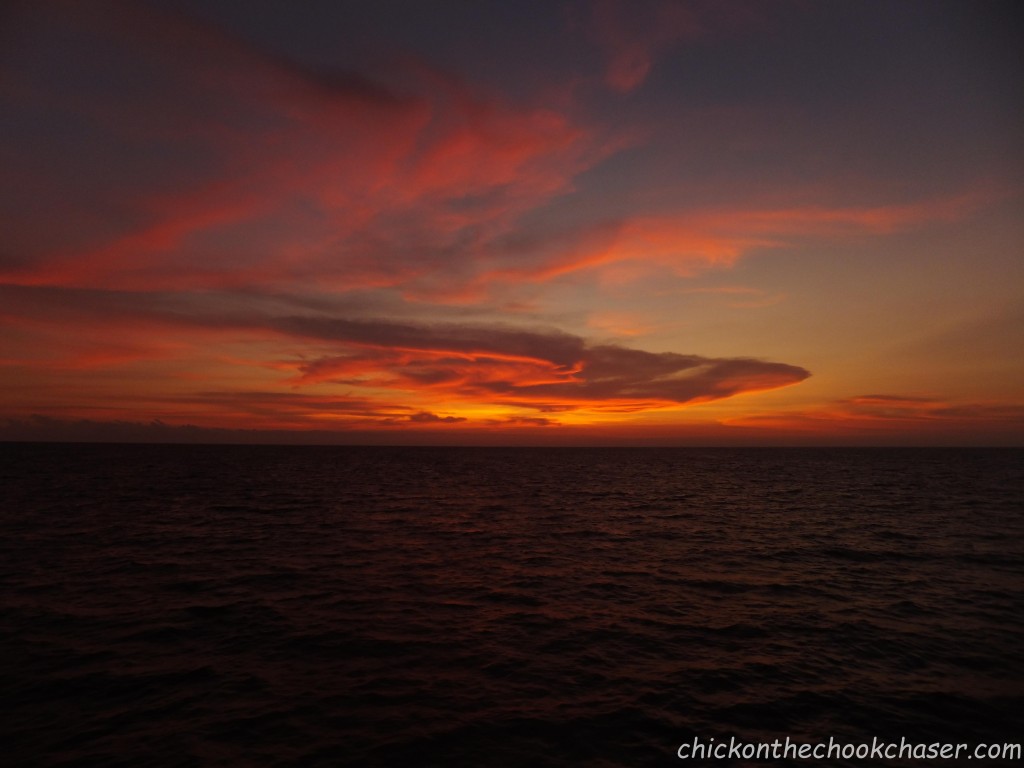 In the evening it starts getting busier around the tv. I wonder why until I notice that, although we are in the middle of the ocean, the Moto GP is broadcasted live from Valencia. Soccer and Moto GP are the 2 biggest sports here in Indonesia, so a crowd of people gathers around the one television to see the unfolding of the season. With Rossi and Lorenzo battling it out for the title, everyone here seems to be a Rossi fan. With the punishment after the last race, Rossi has to start from the last row. Every time he passes another rider the boat population gets more and more excited. In the middle of the race there is some commotion. A little girl has been playing with a comb and the thing is now stuck in her hair, more and more people try to help out until after half an hour a pair of scissors is handed to the girl’s father and he cuts up the comb to get it out of her hair. Back to the GP, the last few laps, excitement all over, loud screaming and yelling, and all of this while we are in the middle of the ocean making our way from island to island in Indonesia. Although being the publics favourite, Rossi can’t win the title. 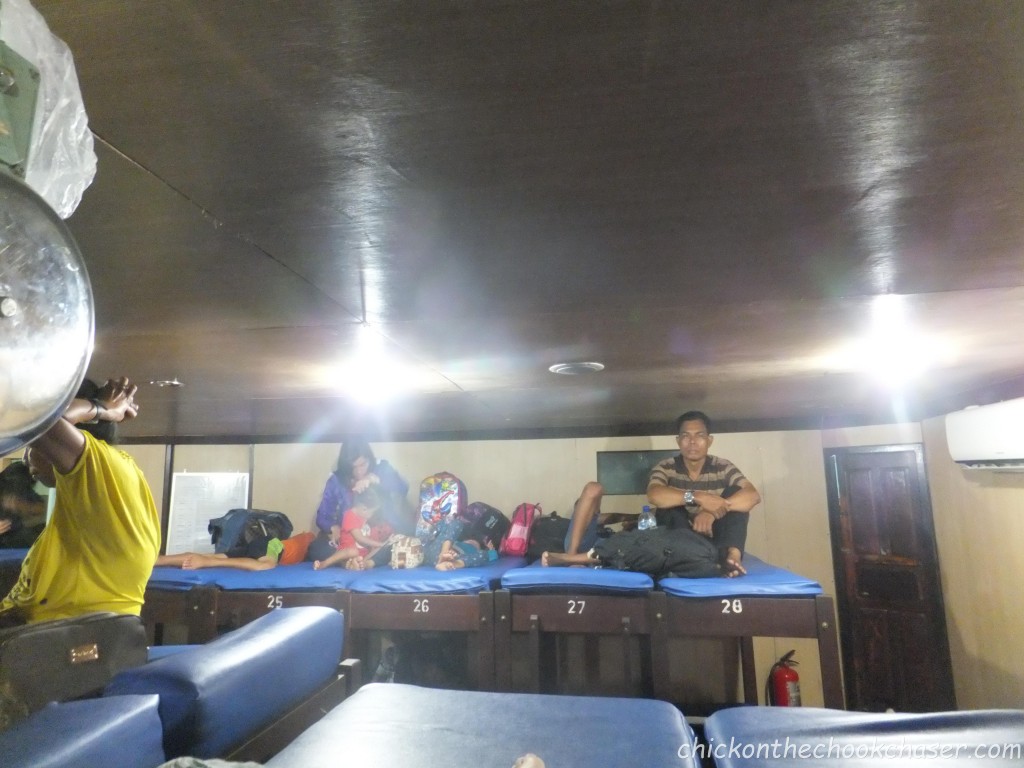 A little disappointed most people make their way to the square meter they will be sleeping on.

At around 4 in the morning people are waking up and start packing their belongings. Children are crying as they are unwillingly pulled out of dreamland, and a voice over the intercom announces something. I’m assuming we are about to arrive.The sun is just rising and the view, sea and a few islands scattered around, is amazing. This is a new day and a new island, I’m looking forward to it. 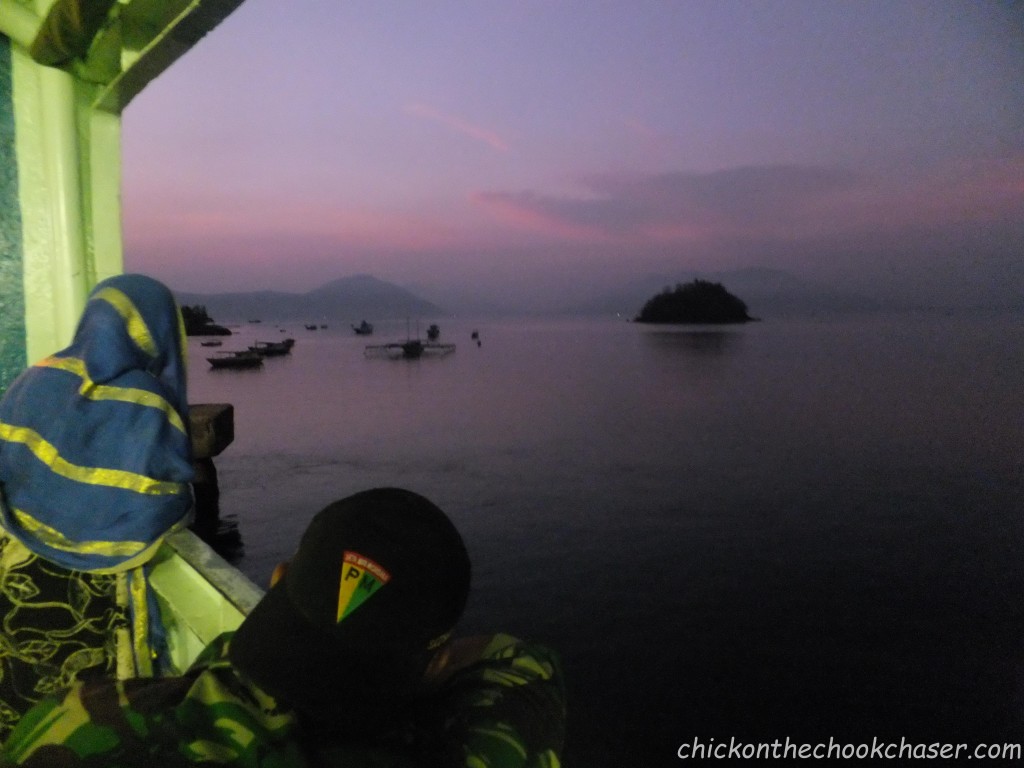